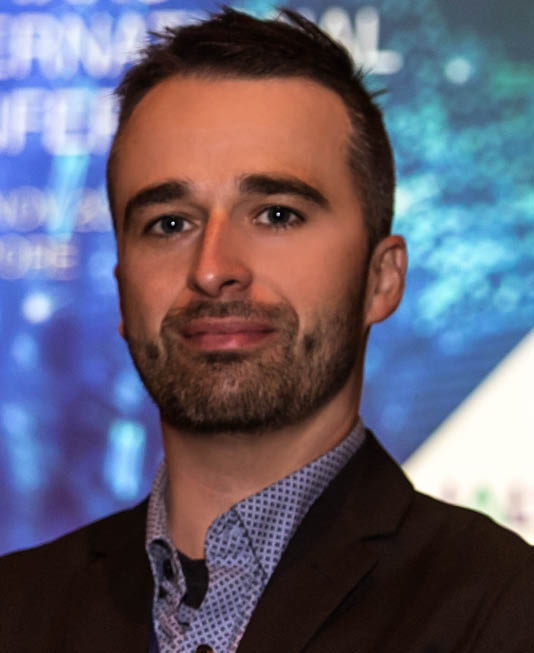 Samuel found at INRS “a specialization that uses advanced technology to effect positive change, not only in demographics, but also in sociology, economy, and public health.”

Ever heard of microsimulation? It’s what brought Samuel Vézina to INRS, the only place in Canada where you can learn how to work with microsimulation models to make demographic projections. These nontraditional models allow demographers to make projections by simulating the trajectories of the individuals who make up a given population. Microsimulations can incorporate a massive number of personal characteristics and individual life events to generate highly detailed projections.

Before coming to INRS, Vézina acquired professional experience with the UN’s Economic Commission for Latin America and the Caribbean, Institut de recherche Robert-Sauvé en santé et en sécurité du travail, and Mount Saint Vincent University, where the emergence of microsimulation models in the social sciences caught his attention. Sure that these models were the way of the future, he sought to gain expertise in the field.

Working with Professor Alain Bélanger, he spent 2012 learning how to build them—a task that requires massive quantities of data, powerful computers, and sharp programming skills. Vézina’s doctoral research project concluded that reading and math skills are a key determinant of social integration among both immigrant and non-immigrant adults.

At the Urbanisation Culture Société Research Centre, Vézina has also had the chance to work with other researchers, including Professor Benoit Laplante, with whom he used microsimulation to investigate the post-WWII baby boom in Quebec and Ontario. Their findings, which will appear in an upcoming book, highlight the effects of improving population health.

Even with such shared endeavours, he qualifies his doctorate as “a solitary path that puts the weight of your project squarely on your shoulders.” Although he enjoyed specializing in an advanced field, he missed having more wide-ranging discussions. It’s one of the reasons he became involved with INRS’s student federation, where he organized student trips and built up his network within Quebec’s demographers’ association, Association des démographes du Québec. According to Vézina, extracurricular activities “are stimulating and give you a chance to socialize. They turn an academic environment into a dynamic living environment.”

Once he’d finished his PhD, it wasn’t long before he was offered a job with Statistics Canada’s Centre for Demography in Ottawa. His applied knowledge in microsimulations gives him an edge on the competition.

He’s motivated by “the impact [his] research has and its use in crafting public policy.” In a place where policy based on solid data is the name of the game, decision-makers are looking for the best information to develop and adjust social programs. As an example, the microsimulation models that Vézina works on at Statistics Canada are used to get a clearer picture of future Indigenous populations and assess the likely effects of various housing, education, and health measures.

His work at INRS opened the door to a promising career. He says he’s found “a specialization that uses advanced technology to effect positive change, not only in demographics, but also in sociology, economy, and public health.”