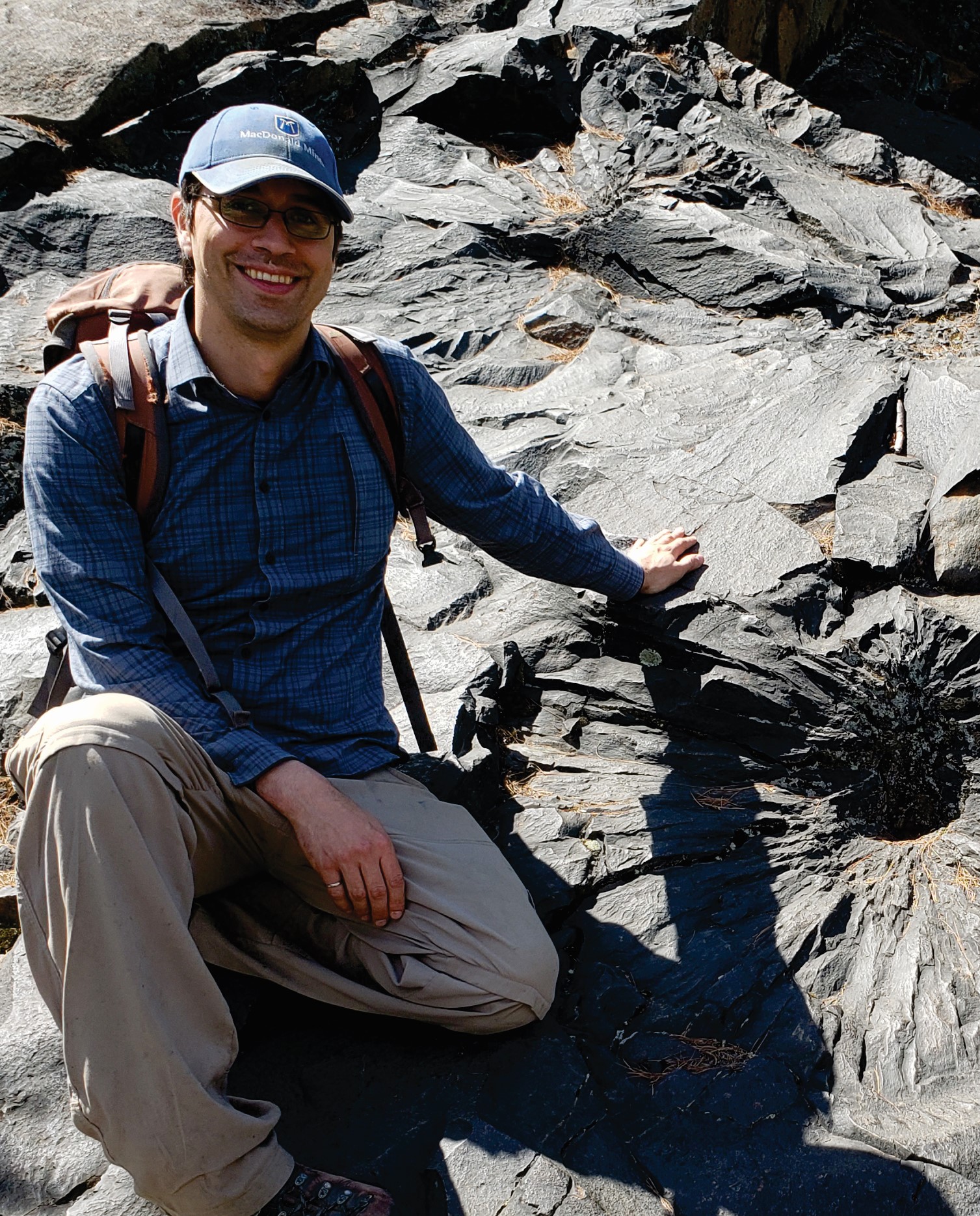 “I appreciated the applied dimension of my PhD research at INRS, which helped focus decisions on exploring new mineral resources and revaluating old mining sites.”

Geologist Jean-François Montreuil turns science into gold. His expertise has allowed him to enhance the mineral potential of deposits and extract more value from old mining claims. The impressive methods and possibilities provided by close collaboration between INRS and the Geological Survey of Canada prompted him to pursue a doctorate at INRS. “It was perfect, exactly what I needed,” he notes.

With a bachelor’s and a Master’s degree in Earth sciences from Université Laval, he began his PhD in 2009, studying mineral exploration, most specifically to understand metal associations found in iron-copper-gold oxide and affiliate deposits at various sites in the Northwest Territories. Such deposits were well known elsewhere, but few of this type had been found in Canada.

He spent three summers in the field in the Canadian North to better understand its vast geological systems and their economic possibilities. His work benefited from the guidance of Professor Louise Corriveau, adjunct professor at the Eau Terre Environnement Research Centre and researcher at the Geological Survey of Canada. He particularly appreciated the applied dimension of her work, as well as that of Professor Pierre-Simon Ross, which helped focus decisions on exploring new mineral resources and revaluating old mining sites.

He also learned a great deal in the field through his interactions with other members of his team, which brought together research, industry and the community. He developed his communication skills and raised his awareness about social and territorial aspects, while respecting the rights, traditions, and customs of local First Nations groups. In his opinion, this sensitivity is “essential when working in the North” of Canada.

Career opportunities were so attractive that he almost abandoned his doctoral studies. He moved to Toronto in 2012 to work with the Red Pine mining exploration company. Looking back, he is happy his director “pushed” him to complete his doctoral thesis, because he feels that his PhD “adds a certain weight, a certain credibility” to his input.

That’s why he encourages students to “be patient and persevere, particularly just before the finish line, when a little bit more effort is needed for completion.” He encourages them to also take advantage of their studies to travel for international conferences, visits, and excursions, to “meet people trained elsewhere and discover different contexts and ways of doing things.”

Mr. Montreuil now lives with his family in Sudbury, Ontario. He travels from one mining camp to another and contributes to the development of the mineral potential in the Wawa and Sudbury areas for MacDonald Mines and Red Pine. By leading a team of geologists and technologists, he hopes to guide small exploration companies in the discovery of cobalt, silver, and gold deposits.