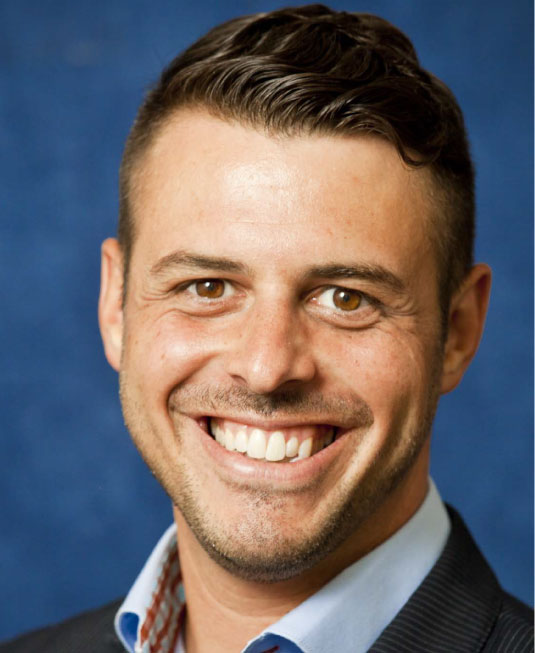 “It’s a place with so many opportunities. I always had plenty of options at every stage of my journey at INRS. I was active in various research groups, with many unrelated to my doctoral theses.”

Étienne Lyrette was drawn to INRS because of its multidisciplinary approach and the level of financial support available to students. He describes INRS as a human-scale academic institution that takes care of its people and provides them with a stimulating environment.

Looking back at his time here, he says he quickly felt like he was part of a family, a community. “It’s a place with so many opportunities. I always had plenty of options at every stage of my journey at INRS. I was active in various research groups, with many unrelated to my doctoral theses. It definitely opened up new horizons.”

This professional started landing contracts while writing his thesis and has held various positions with companies and government organizations. In 2009 he joined Société de transport de Montréal, where he completed a number of projects. Since 2017 he has played a highly strategic role as the chief of staff to the president and CEO.

Although Étienne is no longer working in his specific field of study and research, his time at INRS taught him how to structure and clearly communicate his ideas. Looking back, he sees his degrees not as an end in themselves, but rather as the means for him to move forward. INRS gave him the tools he needed to tackle the challenges ahead.

For him, there is no doubt just how important his time at INRS was. The institute has a unique structure that gave him a special insight and outlook. “There are no strict disciplinary departments at INRS,” according to Étienne. “Activities are instead divided into themes or cross-cutting fields of research. It’s one of the best things about INRS.” Going forward, he would like to see the institute play a more active role in public debates to gain the recognition and visibility it deserves.