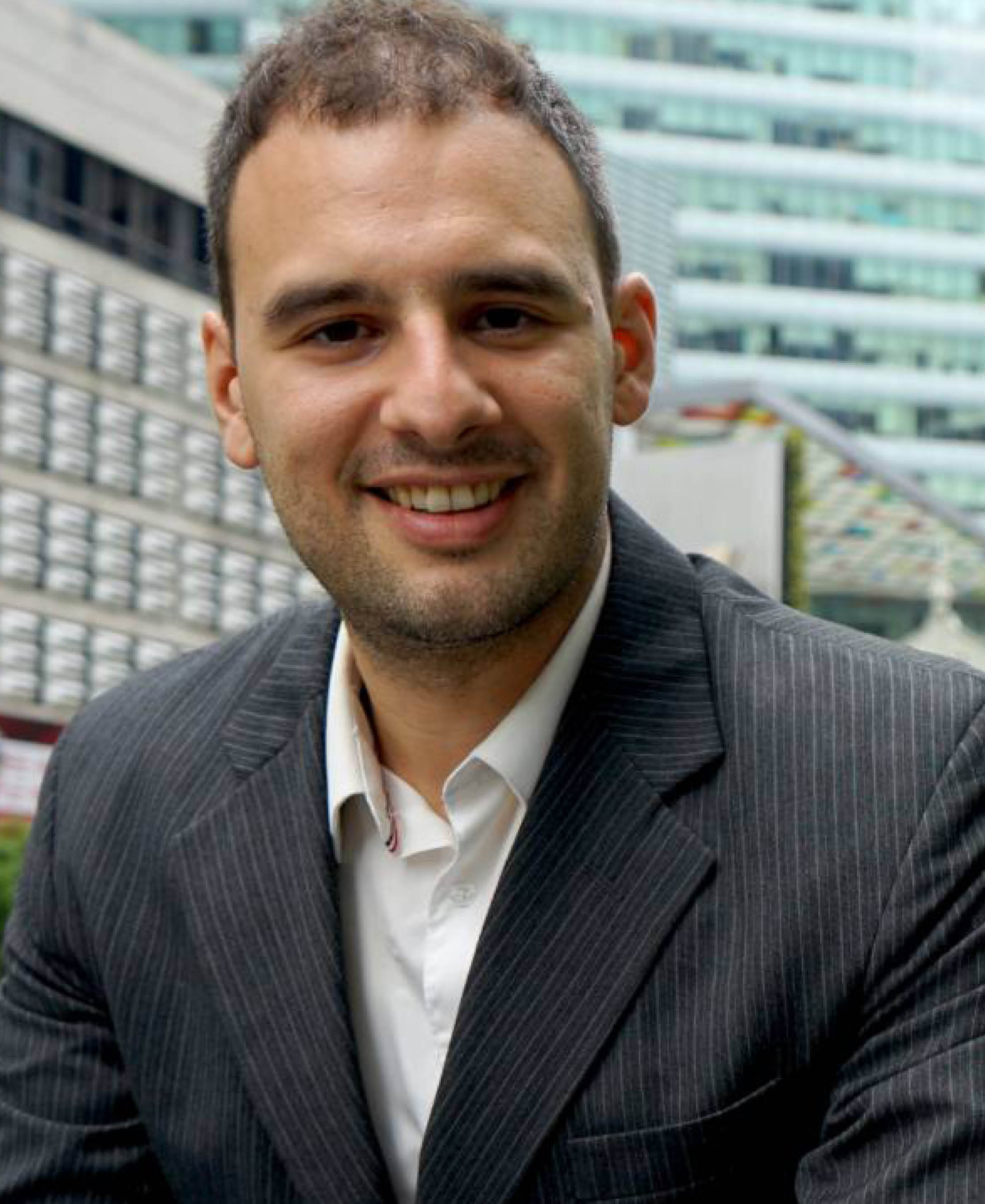 To him, studying at INRS is the equivalent of “having a full-time research job.” The many opportunities for collaboration in research projects with different agencies, the federal government, or the city of Montréal in parallel with his thesis project, provided “the best preparation” possible for the job market.

The world’s large cities fascinate Jonathan Denis-Jacob. From the other side of the screen, sitting in his high-rise apartment lit by the glow of Singapore skyscrapers, the first thing he tells us is that he chose INRS because of the work of its urban economic researchers at the Urbanisation Culture Société Research Centre, Mario Polèse and Richard Shearmur.

To him, studying at INRS is the equivalent of “having a full-time research job.” The many opportunities for collaboration in research projects with different agencies, the federal government, or the city of Montréal in parallel with his thesis project, provided “the best preparation” possible for the job market.

Mr. Denis-Jacob was filled with a desire to see the world. His skills in writing and quantitative research—highly portable and in demand—turned out to be highly transferable to a variety of situations. After submitting his thesis, he became the urban planning and infrastructure project manager in Colima, Mexico, for Sustainable Cities International. Returning to Canada, he landed a job as urban planning agent for the city of Montréal. What most interested him were the strategic aspects of the city’s economic development.

Life then took him to Vancouver. From 2012 to 2014, he was a consultant with Coriolis Consulting Corp., where he provided financial analysis for real estate projects. Then he gravitated to an urban economic analyst position with the Canadian Tourism Commission (now Destination Canada). In 2016, he returned to planning, joining the excitement at the City of Vancouver, by working for the municipal urban planning department. In one year as project manager, he contributed to a dozen major residential, commercial and institutional development projects in downtown.

In 2017, he moved to Singapore to be with his spouse. He is research manager for the Future Cities Laboratory at the Singapore ETH Centre. This is a hub of research and development for Asian cities, in partnership with ETH Zurich University. Thanks to his research and professional experience, he is in charge of partnerships with industry and consultancy projects.

Later, in 2018, the new professional network he had developed brought him onto the radar of a headhunter, who moved him to Colliers, a multinational firm, which was looking for someone who had consultancy expertise in both real estate and urban planning.

He considers his career path to be atypical, since he did not stay in research, instead bringing together the real estate, finance and business development sectors. In addition, he often changed jobs. “I always took advantage of opportunities to find good jobs I could be passionate about,” he explains.

He thinks that his master’s at INRS gave him “academic, scientific and quantitative rigour,” which opened doors in various companies. “These values are greatly appreciated by my clients and collaborators,” he says. He adds that his “research skills, combined with new aptitudes in service and budget management” acquired during his career allow him to generate company revenues.

He encourages students to take advantage of their time at INRS to interact with different professors and colleagues. “The small cohorts are unique. It’s so valuable to have two luminaries for a course with eight students!” He also encourages them to get out of their cultural comfort zone and explore things beyond their field of expertise.