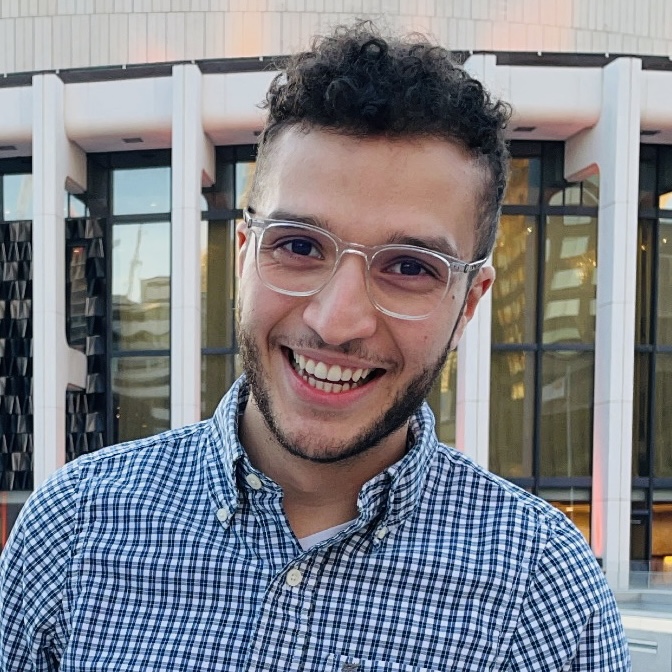 “INRS helped me learn how to communicate about science in a more effective and intelligible manner according to the target audience. The training I received at INRS goes beyond the lab.”

After completing his bachelor’s degree in chemistry through a student exchange at Université du Québec à Chicoutimi, Elyas Aissia was not ready to go back to France. “Quebec is filled with top universities and the Institut national de la recherche scientifique (INRS) is no exception,” says Elyas. He was impressed by the easy discussions between students, the close contact with professors, and the community spirit that INRS was able to create.

In 2018, Elyas enrolled in the Master’s degree program in Water sciences at the Eau Terre Environnement Research Centre in Quebec City. It was the start of a three-year journey filled with learning experiences. “My Master’s provided me with the opportunity to conduct fieldwork in Northern Quebec and in other places that I would never have visited otherwise. I met First Nations community members, and I’m proud of having been made aware of their environmental issues. I learned how to operate boats, to fish, to survive in the woods, to teach newly arrived students, to manage a lab, and I acquired many other useful skills that showed me that a graduate degree goes beyond what is written on your resume.”

He believes that his studies at INRS helped him learn how to communicate about science in a more effective and intelligible manner, according to the target audience. “The training I received at INRS goes beyond the lab. My interactions with different government and community representatives, as well as members of the broader public, made me realize the increasingly important function of science popularization in research. People want to better understand the world they live in, and it’s our role as scientists to promote the projects we’re working on.”

Elyas’s biggest takeaway from his years at INRS is definitely that opportunities are ubiquitous. “INRS, and more broadly the province of Quebec, are outstanding career incubators. The most important thing is to seize these opportunities and not hesitate to speak out.”

That’s exactly what he has been doing since completing his Master’s degree in the spring of 2021. After winning first prize at the scientific popularization contest “Présente ta recherche en écotox” sponsored by the Regroupement des écotoxicologues du Québec (EcotoQ), Elyas has been active in a number of successful projects such as the launch of the ScienceUpFirst channel, an initiative supported by the Public Health Agency of Canada, with over 40,000 social media followers. He is also an administrator at Science pour tous, the agency behind la Toile scientifique (the scientific web) and the 24 heures de science event. He is currently working on new projects such as a broadcast channel dedicated to researchers and students.

“Science communication in Quebec is still sporadic. There are a high level of interest, an audience, and people motivated to share their knowledge but we are missing the proper infrastructures to bring researchers and experts together and to amplify their voices. As part of a new generation of scientists in Quebec, I’m determined to keep working hard to ensure research gets a prominent place in Quebec.”

Elyas, who appreciates how his INRS degree keeps opening the door to new career opportunities, has one advice for current students: “Take advantage of all the activities and initiatives offered by INRS student associations. The November 2019 Eau Terre Environnement Convention is one of my best memories of INRS. Not only did we get the chance to share our research and talk about our ongoing projects but we came together to celebrate, and created close links with colleagues and professors. It was an amazing experience.”

Although Elyas has now graduated, he’s quite interested in continuing relationships with INRS. “I want to be part of this generation of scientists who leverage their talent and expertise to have a positive impact on communities. Our education goes beyond our diploma. It guides us through our professional journey and is a source of inspiration for younger students.”

We couldn’t agree more, Elyas, and we consider ourselves lucky to have you among the network of graduates who contribute to INRS’ influence. Thank you!

[As told to the INRS Foundation in December 2021.]